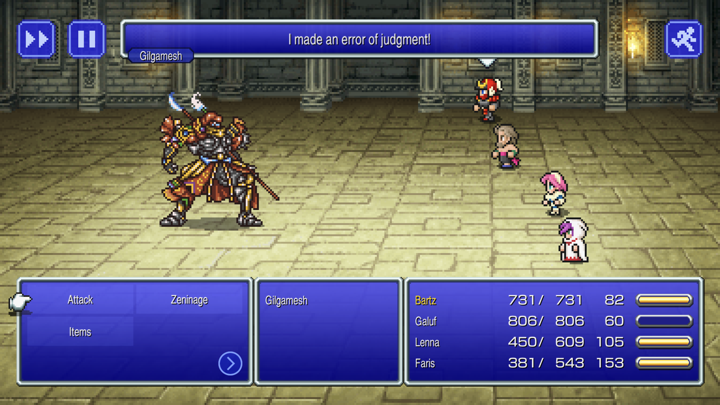 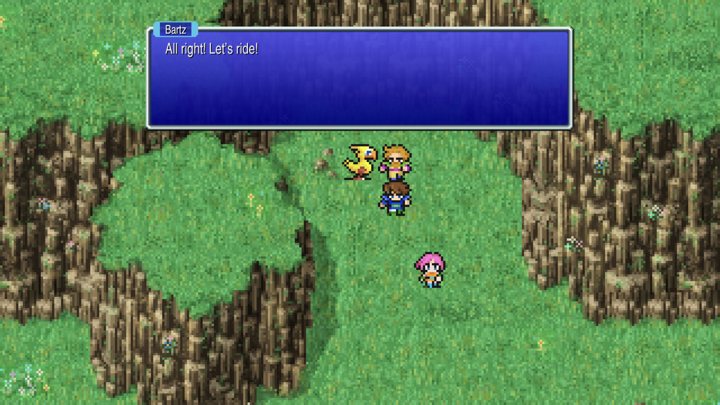 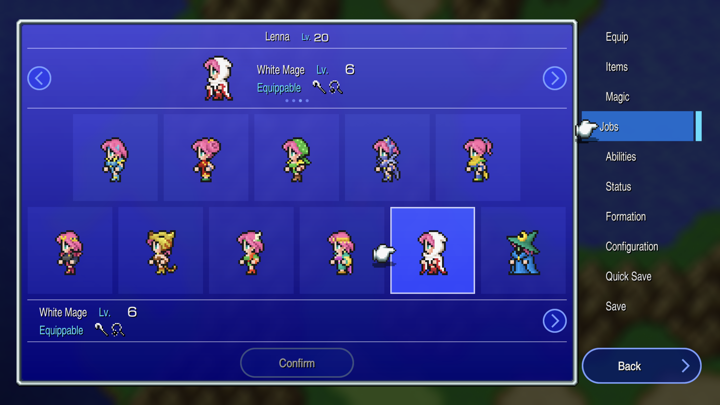 The original FINAL FANTASY V comes to life with completely new graphics and audio as a 2D pixel remaster!

A remodeled 2D take on the fifth game in the world-renowned FINAL FANTASY series! Enjoy the timeless story told through charming retro graphics. All the magic of the original, with improved ease of play.

The King of Tycoon has sensed a disturbance in the wind. When the crystals that balance the powers of the world are threatened, the king hastens to the rescue...only to go missing. Somewhere a young man and his Chocobo find themselves drawn toward friends that will change their destiny.

Building on the job systems of previous games, FFV includes a diverse selection of jobs to try, and a unique ability system that lets you combine skills.

Develop your characters with free reign, and master your battle tactics in the fifth installment of the FINAL FANTASY series!

*One-time purchase. The app will not require any additional payments to play through the game after the initial purchase and subsequent download.
*This remaster is based on the original "FINAL FANTASY V" game released in 1992. Features and/or content may differ from previously rereleased versions of the game.