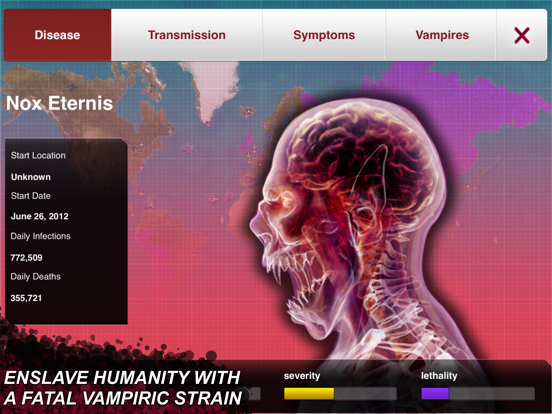 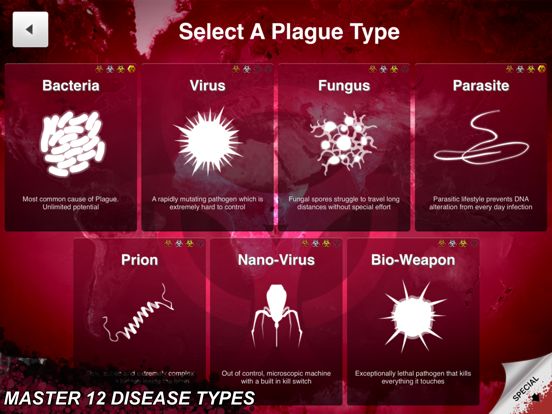 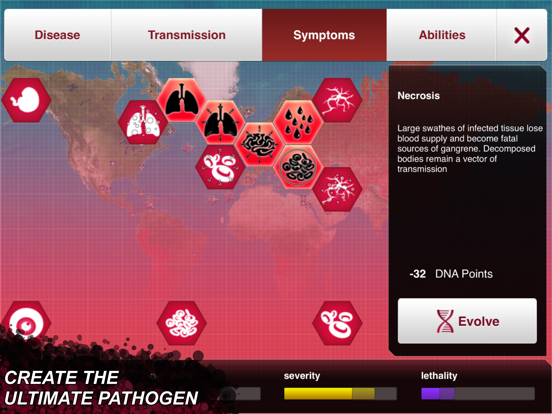 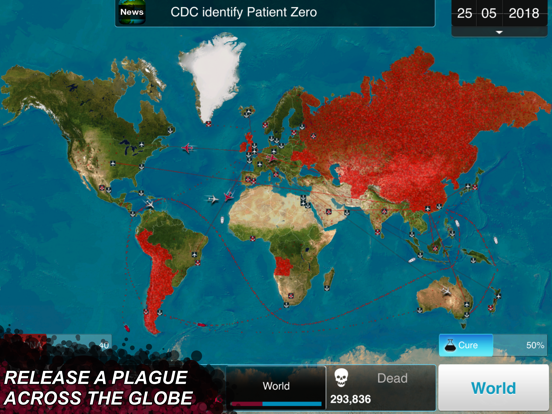 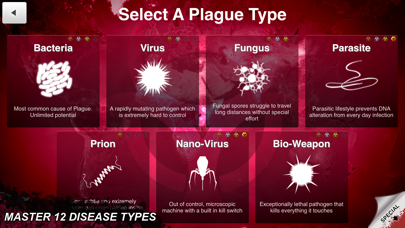 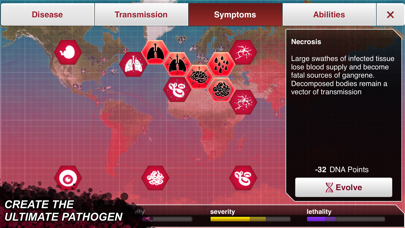 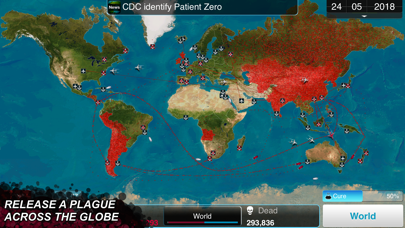 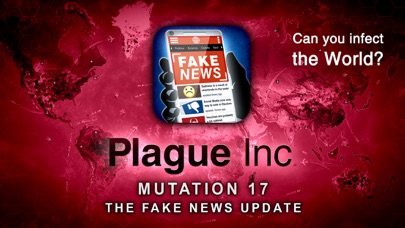 Can you infect the world? Plague Inc. is a unique mix of high strategy and terrifyingly realistic simulation.

Your pathogen has just infected 'Patient Zero'. Now you must bring about the end of human history by evolving a deadly, global Plague whilst adapting against everything humanity can do to defend itself.

Brilliantly executed with innovative gameplay and built from the ground up for iPhone & iPad, Plague Inc. evolves the strategy genre and pushes mobile gaming (and you) to new levels. It’s You vs. the world - only the strongest can survive!

Plague Inc. is a global hit with almost a million 5 star ratings and features in newspapers such as The Economist, New York Post, Boston Herald, The Guardian and London Metro!

The developer of Plague Inc. was invited to speak at the CDC in Atlanta about the disease models inside the game!

▶ “The game creates a compelling world that engages the public on serious public health topics” – The Centers for Disease Control and Prevention
▶ “Best Tablet Game” - New York Daily News
▶ “Plague Inc. will snag your attention in all the right ways and keep it there” - Touch Arcade
▶ “No denying Plague Inc.'s high-level of quality” - Modojo
▶ “Plague Inc. should not be as much fun as it is” – London Metro
▶ “Will leave you hoping to destroy the world, all in the name of a bit of fun” – Pocket Lint
▶ “Plague Inc.'s gameplay is infectious” - Slide to Play
▶ Winner – “Overall Game of the Year” – Pocket Gamer
▶ “Killing billions has never been so fun” – IGN

P.S. Give yourself a pat on the back if you got all the themed literature references!

Special sale price to celebrate being one of the most popular paid iPhone games ever!